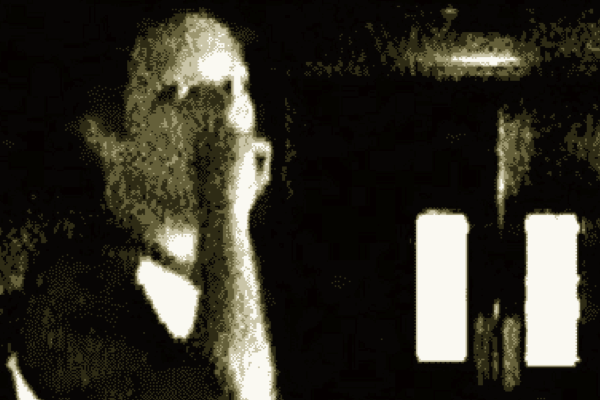 Two-Minutes.com was an interactive drama I produced in 1999 (yes, that far back), while running the digital studio, BOMB Productions.

1999 was also the year of a lunar eclipse, and the best vantage point for viewing the spectacle was going to be the furthest point of the country in deepest Cornwall.

It was only a natural step then to conceive of a fictional documentary crew, who set off to cover the ‘two minutes’ duration of the eclipse, whilst also exploring the legends and locale of the area.

Fuelling the idea under the business’s own steam, finances and collective talent, the Two-Minutes.com website was set up quickly with a number of important purposes – it was ‘the team’s own homepage as the hub of their coverage; it was the main entry point for visitors to arrive and engage in our murder mystery; and it was, importantly, going to appear on search engine results for people searching for information on the eclipse. 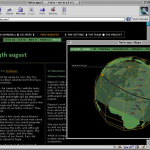 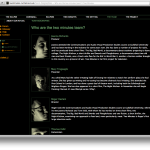 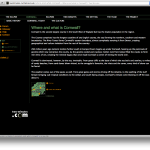 Channel 4 sponsored us along with Lastminute.com – who offered up a prize for the person who worked out who the killer was.

I then shipped the company down to Cornwall for a week so that we could effectively act out the tasks of the documentary team, by daily shoots, interviews and photos, along with releasing the next pieces in the unfurling mystery.

The trick of getting onto search results worked well – I think for a while we were even ahead of the BBC’s own coverage. Lord knows what people thought when they arrived at this strange melting pot of fact, fiction and murder mystery, but I like to think we entertained and intrigued.

The interactive element played out on a number of levels. The website grew daily with pleasing information on eclipses, blog postings, maps and diagrams; but also for the keen eyed, there was an admin link, and those people who had been subscribing the the newsletter would perhaps discover a password buried in an accidental mail outage to the subscriber list.

Finally, after the first murder, we then acted as the police investigation and interacted directly via emails and blog posts with the subscribed community, since they formed the witness base to the killing. 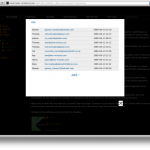 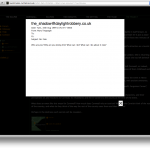 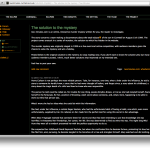 I guess what we were doing would now be termed an Augmented Reality Game (ARG), but we were very much ahead of our time, so no one had given much thought to abbreviating the genre – we were just having too much fun.

Once it emerged from the eclipse, the sun shone, so we even got some time on those beautiful Cornish beaches to round the week off.

Tobias Sturt, who worked for BOMB, and was the writer on the project, has created a Drupal archive of the original Two-Minutes.com where you can take a tour through the files and enjoy some of the flavour of what we got up to.

Huge thanks are due to Will Richards, BOMB’s Art Director at the time, and the kindness of his parents, Mike & Sheila, who donated their home for the duration of our production over that sunny memorable week, and Mike’s primary school (empty due to holidays) where we based ourselves as production HQ.